The "Chicken Factory" of Vodňany and the Czech Embassy in Hanoi

VODNANY - In Babiš's poultry factories, there was an organized violation of the labor code, while the management of the poultry factories could not help but know that they were cooperating with the underworld in the exploitation of Vietnamese workers.

Between 2015 and 2021, several hundred workers from Vietnam worked in appalling conditions at the Vodňanská drubež company from the Agrofert concern. For several years they were in the factory almost non-stop, paid less than they earned, had no contracts with them. They were afraid to leave because of debts for Czech visas and fear of intermediaries hired by the company as interpreters.

They came to the poultry factories directly from Hanoi, where they were lured to work. Each of them had to pay over 300,000 CZK for Czech visas, because the system of granting work visas to the Czech Republic was controlled by intermediaries. The Czech state is unwilling or unable to solve the problem in the long term.

Even the governments in which Andrej Babiš served, first as finance minister and later as prime minister, did not improve the situation. On the contrary, as the owner of the Vodňanská drubež company, he profited from the whole situation.

Second part: What was Agrofert the best at? In importing Vietnamese workers. It was controlled by the underworld

The second part focuses on the unusually high level of success in "importing" people from Vietnam to work in the Vodňanská drubež company at the time when the owner of the company, Andrej Babiš, was a member of the government.

The company managed to get the most employees from Vietnam at a time of great demand for labor,  even though the number of issued work permits is officially limited in the Czech Republic. Therefore, other companies could not get workers from Vietnam. It also explains why the labor inspection failed to detect unfair practices in the employment of Vietnamese workers at the Vodňanská drubež company.

Third part: The Czech embassy in Hanoi is a node in the criminal network. The state has not yet addressed it

The third part of the investigation describes the long-term criminal practice of inappropriate charging for Czech visas at some embassies of the Czech Republic.
It mainly focuses on the embassy in Hanoi. As a member of the government, Andrej Babiš was informed about extreme visa charges but still decided to bring the staff from Vietnam under these conditions. He did not take any action against this criminal practice, vise-versa as the owner of the Vodňanská drubež company he did profit from this practice.

Martina Křížková is a journalist and media analyst. 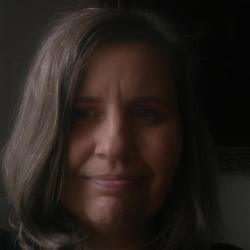 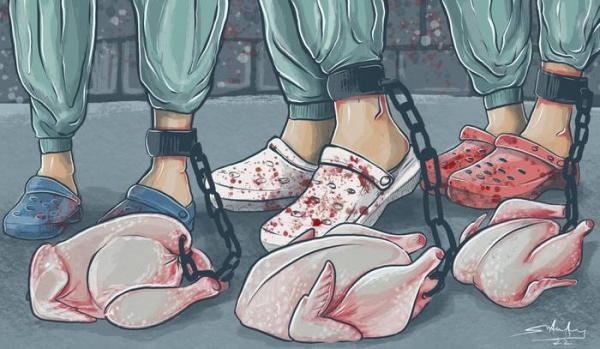