One Belt One Road an economic project?

In 2013, Chinese President Xi Jinping decided it was time to 'go out'. He launched the One Belt One Road (OBOR) project and wants to develop a train connection across the Eurasian continent and a maritime route into Europe.

According to Chinese propaganda, there is only hope for Europe if China breathes new life into it. The main goal of Chinese propaganda is the legitimacy of the Chinese Communist Party (CCP) to remain in power. China's attitude, however, is complex and confusing. While it speaks internationally about win-win and economic cooperation, and presents the development of the OBOR as something that benefits everyone, it's holding a 'weak Europe-strong China' discourse and anti-Western propaganda in its own country.

The 'road' over land and sea symbolizes the growing Chinese influence. As the Romans built roads to promote trade, China does so today. Europe is being bombarded with Chinese investments, especially in strategic infrastructure projects such as railways and ports, in telecommunications and innovation. Piraeus in Greece, the cradle of European civilization, is in the hands of China. But does China, besides concrete infrastructure, also aspire to an OBOR in cyberspace?

In a series of articles on Apache.be we highlight that OBOR is not just about economy. We scrutinize the 'socialist basic values' (including freedom, equality, democracy, the rule of law) that China promotes today as the only major truth. We are going to see what OBOR and Chinese influence mean in Kazakhstan. Finally, we examine the growing Chinese influence in Europe and in Belgium.

Over the past 20 years Jeanne Boden has studied and conducted research in China, and she has worked in China in several functions: lecturing, training, guiding, coaching and project management. 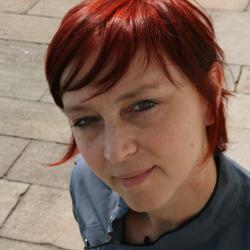