Skill Up: Data Journalism and Visualisation

ONLINE - Public access to digital material has grown significantly during the past several years. As data volumes increase, so does the need for trustworthy information. In light of this, Journalismfund.eu launches a series of webinars to support journalists as they begin their journeys into data journalism, a discipline that has demonstrated benefits for newsrooms such as expanding audience reach, boosting views and engagement, strengthening quality journalism, and enhancing brand recognition.

This training was led by two veteran data journalists demonstrating how to think using different data tools and diving deeper into the visualisation aspect, Helena Bengtsson and Amanda Cox.

Data journalism can help a journalist tell a complex story through engaging infographics. This training session will showcase how to effectively use data journalism techniques to improve your investigative story.

Amanda Cox is an American journalist and head of special data projects at USAFacts. Until January 2022 she was the graphics editor of the New York Times data journalism. She helps develop and teach data journalism courses at the New York University School of Journalism. Prior to The New York Times, Ms. Cox worked at the Federal Reserve Board from 2001 to 2003. She was awarded the National Design Award in 2009 and the Excellence in Statistical Reporting Award from the American Statistical Association in 2012. Ms. Cox received a bachelor’s degree in math and economics from St. Olaf in 2001 and a master’s degree in statistics from the University of Washington in 2005.

Helena Bengtsson is data journalism editor at Gota Media, a regional publishing company in the south of Sweden with 13 local titles. She previously worked as editor for data journalism at Sveriges Television, Sweden’s national television broadcaster for 27 years and she also served as editor of data projects at the Guardian, U.K., between 2014-2017. In 2006 and 2007, she was database editor at the Center for Public Integrity in Washington, D.C. She was awarded the Stora Journalistpriset (The Swedish Grand Prize for Journalism) in Sweden twice, in 2010 for Valpejl.se and in 2016 for innovator of the year.

Agenda of the online training: 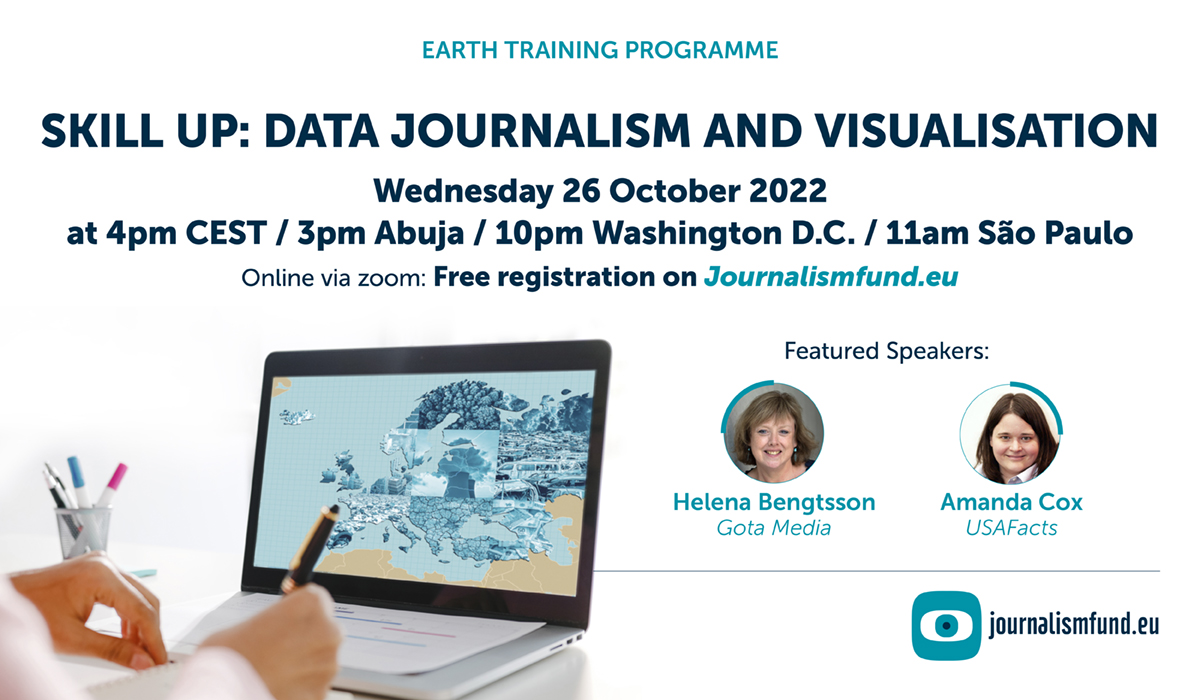