Apache Local was a local journalism project in which news site Apache explored four themes with the help of local citizens and journalists.

With the Apache Local project, the Apache news site spent a year in the region exploring four themes with the help of local citizens and journalists. Through this project, Apache aimed to: 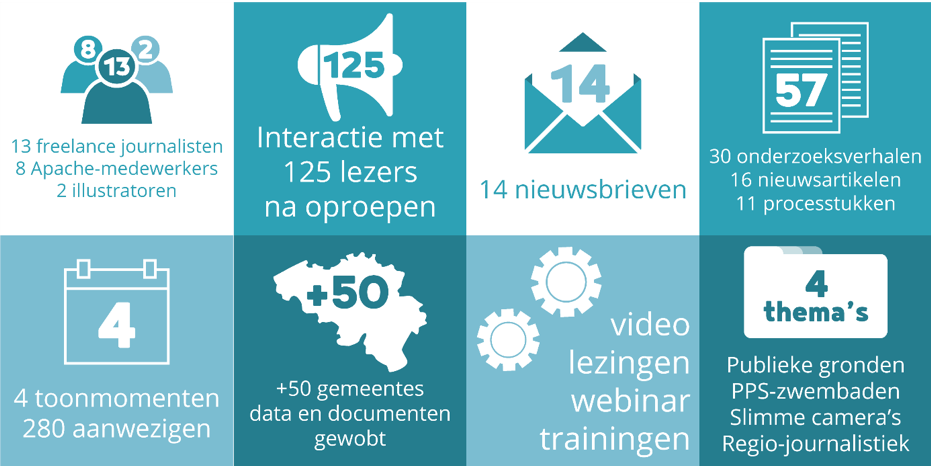 Apache put out a call to the general public and received 35 tips. Based on these tips, Apache submitted multiple targeted Freedom of Information Act requests. The research was carried out in collaboration with five regional journalists.

More than 50 people attended the first presentation in Edegem, where the online documentary was screened, and the methodology and the results were explained.

Those interested could take part in a guided walking tour of an area that had been returned to public hands and that had been the subject of one of the stories. The meeting was streamed live on Facebook.

To get started, Apache submitted 25 Freedom of Information requests to Flemish cities and municipalities asking them to send over their contracts with their private partners. Meanwhile, Apache asked readers whether they were prepared to read these contracts and whether they were familiar with the local context.

On 10 October 2019 there was a presentation at the Rozebroeken public–private swimming pool in Ghent, where the methodology and the results were explained. This was followed by a discussion about journalistic collaborations, the FJF, and the importance of local and regional investigative journalism. Artist Kitty Bons provided a performance on the history of swimming pool hygiene. Once again, the event was streamed live on Facebook.

After two rounds that involved the general public, this round was focused on working with regional journalists. It also made use of location data that Apache obtained via the Freedom of Information Act.

For the case in Leuven, the chosen topic was data journalism. Using text and moving images, Apache mapped and visualized the evolution of the number of ANPR and surveillance cameras in the region. In doing so, Apache aimed to show how regional journalists can use data processing to uncover stories that would otherwise go unnoticed, and how data visualization techniques can offer a different style of storytelling.

The series yielded five investigative stories, four of which were written by freelance journalists. The series was illustrated by Rosa Snijders.

On 21 January 2020, Apache Lokaal organized a camera walk in Leuven. Afterwards, the various stories from the series were explained, both in terms of content and method, and there was an open discussion on the issue of privacy. Again, the meeting was streamed on Facebook.

The fourth and final round kicked off with a series of meta-pieces on the state of regional journalism. In addition, Apache put the spotlight on the roughly 350 local private media in Flanders, partly based on tips from the general public. These media were visualized on an interactive map.

In addition, the Apache editors had planned to spend a week in Aartselaar, a municipality on the southern edge of Antwerp. Via a public call for participation and a “sit-in day”, they had hoped to identify hot-button issues that needed to be addressed. Unfortunately, these plans were disrupted by the Coronavirus lockdown. Thus, the editors developed three investigative pieces instead. Again, the themes were the Freedom of Information Act and data-driven journalism. For the latter, the team used a methodology from the hyperlocal Mechelen magazine, As Gau Paust. The activities of the city council members were analysed and visualized in Google Data Studio using a number of parameters.

Apache Lokaal explains the project in its own words:

What exactly did this project involve?

With the support of the FJF, Apache was able to travel through Flanders last year and carry out local investigative journalism. Our editors didn’t do this alone. We worked with local citizens and colleagues to write more than fifty pieces on four themes. This led to stories on the sale of public land, public–private swimming pools, cameras in the city and a closer look at the village of Aartselaar.

We successfully created journalism together with our readers. Not just by passively collecting tips and knowledge, but by actively engaging citizens to help us plough through documents. This process led to several articles. In addition, we worked together with fellow journalists—some active in the region and some not—and were able to learn from each other. All in all, the project’s output was much greater than we expected.

We could have done more to make sure that the themes were well defined and to make our research questions as concrete as possible.

What is the impact of this project now that the subsidy period has ended? Will it continue to exist, or has it contributed or changed anything in your company or organization?

Apache Lokaal remains a theme page on our news site, not an archive page, because our editors maintain an ongoing interest in local and regional investigative journalism. Thanks to Apache Lokaal, we’ve added about ten new colleagues from all over the country to our freelance network. Apache Lokaal also taught us how to launch effective calls for participation, and we intend to use those skills in the future.

Local and regional investigative journalism in Flanders should be given extra support. Although there are many excellent journalists active in the region, many cases are still not explored in depth. In working with these colleagues, we’ve learned that the problem is generally not a lack of will or knowledge but a lack of time and resources. 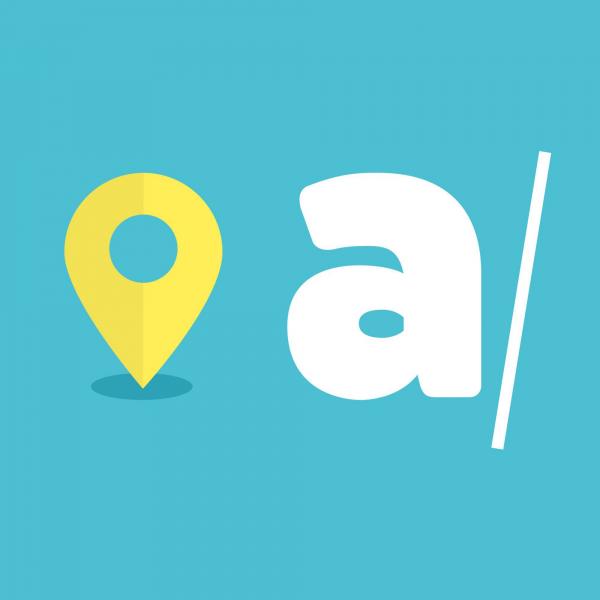