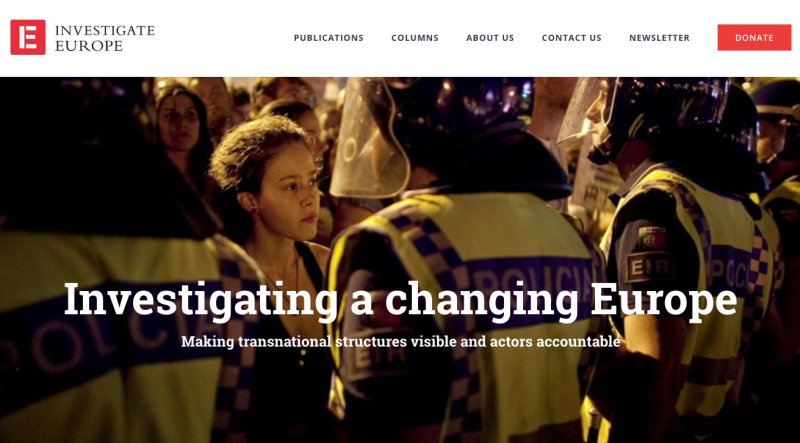 Investigate Europe is a team of nine experienced journalists from eight European countries who research as a multinational team. They share, merge and crosscheck facts – tackling the usual national bias. They point out responsible transnational structures and actors in issues of European-wide relevance to make it possible to hold those in power accountable.

Journalismfund.eu pays out the working grants and all expenses to the journalists and takes care of the financial reporting to both the team of journalists and the donors. This enables the journalists to focus on their prime goal ‘investigative journalism’ and to be rid of the administrative and financial burden. As such, Journalismfund.eu provides an incubator to allow Investigate Europe to further develop and to become established while simultaneously guaranteeing full independence from the donors.

Journalismfund.eu manages the funds allocated to Investigate Europe by Rudolf-Augstein-Stiftung, Open Society Initiative for Europe, Cariplo (foundations) and by private donor Karde-Marie Wirtz. Investigate Europe's stories are in no way assigned by the donors. The responsibility rests exclusively with the journalists.