Alain Platel is one of Belgium's most renowned choreographers today.

He was originally trained as an orthopedagogue and is a self-taught director. In 1984, he co-founded the dance company 'Les ballets C de la B'. A selection of his pieces are: C(H)OEURS (2012, commissioned by Gerard Mortier) , Gardenia (2010, with Frank Van Laecke), Out Of Context - for Pina (2010), Nicht Schlafen (2016) and Requiem pour L (2018).
In France, Platel was lauded as a 'Chevalier de l'Ordre des Arts et des Lettres de la République Française' in 2001 and a 'Commandeur de l'Ordre des Arts et des Lettres' in 2015. In the United Kingdom, Platel received the 'Time Out Live Award' in 2001. In Belgium, Platel was awarded the Flemish Culture Prize for General Cultural Merit in 2015 and in 2016 he received an honorary doctorate from the University of Ghent and the Golden Medal from the Royal Flemish Academy of Belgium for Sciences and Arts.
Platel entered the dance film arena together with British director Sophie Fiennes with films such as "Because I Sing" in 2001, "Ramallah!Ramallah!Ramallah!" in 2005 and "VSPRS Show and Tell" in 2007. In 2006, he directed the docu- ment 'de balletten en ci en la' (110 min), in co-production with Arte France. 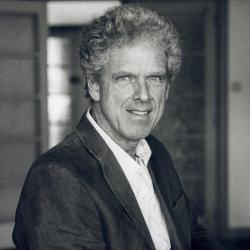 WHY WE FIGHT? is a cinematographic film that tries to understand the violence around us, but also in ourselves, in order to better cope with today's world.