Ankita Anand is an independent journalist based in Delhi, and also an editor with Unbias the News.

She has been a recipient of the European Commission's Lorenzo Natali Media Prize, the Statesman Award for Rural Reporting, and the UNFPA-Laadli Media Award. Her work has been supported by grants and fellowships from One World Media, Climate Tracker, Sanskriti Foundation, Clean Energy Wire, Centre for Media Studies-GIZ, New Economy Coalition, The Rules, Centre for World Indigenous Studies, and India Friends' Association.

She contributed to Tactical Tech's Exposing the Invisible Kit for investigators, including a guide on collaborative investigations. Her own collaborations are with people using different media, formats and genres, which include co-producing an investigative podcast for iHeartRadio, US. She has also been awarded for her contribution towards promoting gender sensitive reporting, and was named a Changemaker (2021) by Thomson Reuters Foundation. 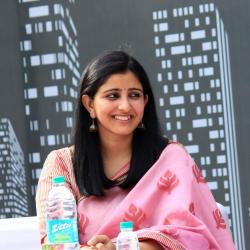 HARARE - Gold is Zimbabwe's chief export product. However, partly because of the country's monetary policy, an estimate of 50% of artisanal and small-scale mined gold in Zimbabwe is lost to smuggling, causing bloody turf wars that have claimed hundreds of lives.

LUSAKA - Zambia is blessed with abundant natural resources, coupled with its strategic geographical location as a land locked nation in the southern part of Africa. From the inception, Zambia has largely depended on copper and other minerals. Copper production has contributed highly to Zambia's economic growth, though not up to the expectation of many citizens.