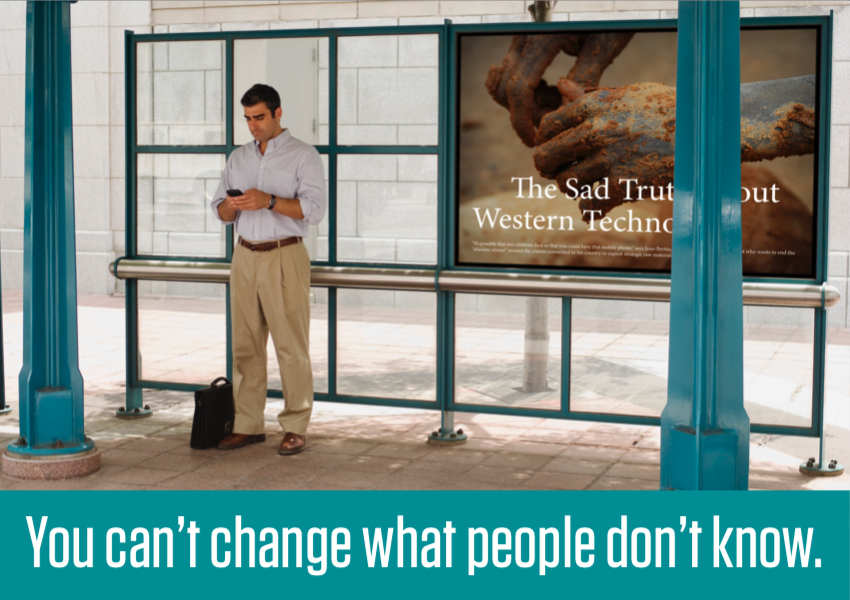 The first step in raising awareness of human rights violations, climate change, organised crime and large-scale fraud is revealing them. Citizens must be fully informed, which is an essential condition for a critical democratic debate. And that’s exactly what journalists do: they search, dig and examine. They discover, reveal, expose. They tell their stories to readers, listeners and viewers, aid organisations and policy makers, who can then start doing what they each do best to fight those abuses.

Journalismfund.eu supports journalists in doing this job by giving them the money they need to do their research, by providing networking opportunities, by sharing knowledge and by building their capacities. It 's a citizens' initiative that ultimately seeks to see the citizens better informed.

Journalismfund.eu maximally monitors the independence of the investigations it supports and protects journalists from all possible influence by donors. It functions as an intermediary and firewall.

The necessary distance between the donor and the journalist is what Journalismfund.eu provides. Donors agree that we give the decision about which journalistic investigation we support to external professionals. Only on the day of publication do the donors know which projects the jury members have approved. That is the raison d’être and the core identity of Journalismfund.eu - we facilitate independent investigative journalism as an intermediary and firewall between donors and journalists.

Journalismfund.eu also wants research topics to come primarily from the journalists themselves, and not from the donors. Nevertheless, Journalismfund.eu is open to topics that the United Nations has established as the global Sustainable Development Agenda for 2030 (SDGs - Sustainable Development Goals). There are 17 objectives and 169 underlying targets. A donor who wants to help realise one or more of these objectives can approach Journalismfund.eu. The targets are broad enough (fighting poverty and famine, health, education, gender equality, sustainable management of water and energy, industry, innovation, etc.) so as not to jeopardise the independence of journalistic choices.

At the same time, Journalismfund.eu strives to provide sufficient resources for topics that fall outside the SDGs (although you can accommodate most of the investigative journalism projects that we have supported over the past 20 years with those SDGs).

As mentioned, the most important impact of investigative journalism is that citizens are better informed. This impact is not immediately visible and measurable. However, some investigations also lead to more visible forms of impact and change. To map this out, Journalismfund.eu asks grant recipients to report the impact of their story in these three areas six months after publication:

Finally, the projects that Journalismfund.eu supports have a fifth important form of impact: journalists gain valuable experience from them, and they generate cross-border networks and long-term partnerships  that develop new journalistic stories in the future.

Like its donors, Journalismfund.eu wants the results of journalistic investigations to have a maximum reach and therefore create a greater chance of impact. Journalismfund.eu therefore helps to maximise the reach of publications. To that end, it has a database that it has built up during its more than 20-year existence. Journalismfund.eu not only pushes the stories through existing news platforms, but also helps to alert civil society and other organisations to the newly published studies in their area of interest. This way they can assist not only with the distribution, but also with possible change.