Astrid Viciano is a German journalist and MD who works as a staff reporter at the weekend science section of Süddeutsche Zeitung in Munich, focusing on investigative cross-border projects regarding medical, scientific and social topics.

Viciano has previously worked as a staff reporter at Focus, Die Zeit and Stern. From 2012 until 2016, she worked as a freelance reporter from Paris, from 2009 and 2011 she worked from Los Angeles. She has written for German and foreign media, and has published articles in German, English, French and Spanish. Viciano has won several journalism awards, grants, and fellowships. 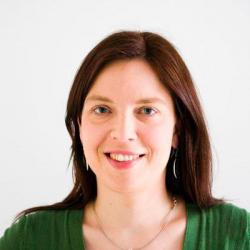 MADRID - What does the voice of a person reveal about his or her identity? Is it like DNA or fingerprint? How does the brain interpret voices? Are computers better than humans at doing it? Dozens of controversial judicial cases ring the alarm on the misuse of voices in courts.

After crossing seas and walls, some asylum seeker arriving in Europe have to cross one more wired fence: one made of words.

The e-cigarette is a new, controversial and booming device. Manufacturers are racing to become the biggest in the market. What is the truth behind the device, and why is the tobacco industry looming to take over? An investigation into the politics, lobbying strategies and profits behind the e-cigarette.