The basis of all her work is the desire to tell people’s stories in the most powerful way possible.

Her background is in television documentary production, having made films for the BBC, Channel 4 and National Geographic among others. She has covered subjects as varied as youth homelessness to the sex lives of the over-60s.

A lot of her own ideas identify subcultures that say something to a much wider audience, and often result in a surprising amount of media coverage. Her first film, Hello Dollies, about the world of adult doll’s house collectors, spawned feature articles and reviews across the mainstream press. A radio documentary about an extreme branch of Christianity called Quiverfull, became one of the most listened to and read about on the BBC website, got Podcast of the Week in the British press and spawned a studio discussion in the United States’ widely watched “Young Turks” news programme.

She has worked with some of the world’s best independent production companies, including Firecracker Films, Keo Films, Minnow Films, October Films and World of Wonder. She has presented for the World Service, and write for a wide range of publications including Huck Magazine, Vice, Refinery29 and The Observer.

The space where Non Governmental Organisations (NGOs) and documentary overlaps is an interesting and increasingly important one, which both groups can benefit from. Cat McShane enjoys working with NGOs to find the best case studies for stories, and has made work with Addaction, After Adoption, Chabad (Orthodox branch of Judaism), Human Rights Watch, Prison Advice & Care Trust, Women’s Aid.

In 2013, Cat McShane was named as a Woman of the Future (Media Category), an annual awards ceremony for high-achieving women under 35. The panel described her as “authentic, risk-taking and inspiring” 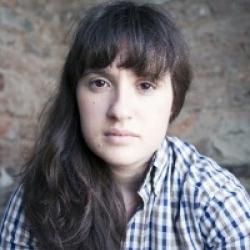 Banks and vulture funds make money from ordinary people’s distress. The only way to fight back is to outsmart them. Wall Street giants—the so-called ‘vulture funds’—have been on a house-buying spree across Europe and the United States since the 2008 financial crash.