David Schraven (born 1970 in Bottrop, Germany) is a German journalist.

Since 2010 till 2014 he used to be head of investigations at Funke Mediengruppe, one of the largest European media holdings for regional newspapers including Westdeutsche Allgemeine Zeitung. From 2007 till Sept 2014 he was treasurer of German association of investigative journalists Netzwerk Recherche. From June he is Founder and Editor-in-Chief of Correctiv (CORRECT!V in own words) - the first nonprofit investigative newsroom in the German-speaking world. Schraven is one of Germany's best known investigative journalists. 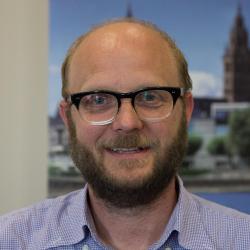 Roma exploitation: end of the dream

KATUNITSA - Some 10 to 12 million Roma are estimated to travel around Europe. The political dimension of this ethnical and social challenge is an ongoing discussion in the EU, but what is never told is the dark economy of Roma migration. Who benefits from the large afflux of mainly poor people into western Europe?