Erkan Pehlivan is a freelance journalist from Frankfurt, Germany.

Erkan had documented cases of imams employed by the Turkish-Islamic Union for Religious Affairs (DITIB) acting as spies within German mosques. He was also part of the Black Sites Turkey investigation team that covered the MITs extraordinary renditions program. 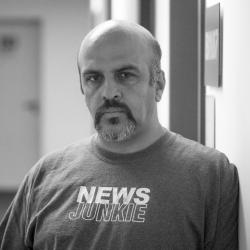 ANKARA - Turkey has been using its vast presence in Europe and official institutions such as mosques, consulates and institutions in an effort to track its dissidents using covert Turkish intelligence activities.