As a member of the African Investigative Publishing Collective (APIC), he has covered a wide range of investigations, including rhino and elephant poaching, and how the country has been robbed of its natural resources by a myriad of criminal syndicates, often connected to the highest levels in government.

One of his latest investigations saw him duck and dive bulldozers and security companies' machine guns in Montepuez, an area ravaged by destructive mining practices, which also saw the forced removal of local villagers. His investigations have been featured by the Forum for African Investigative Reporters, Le Monde, Mail & Guardian, Foreign Police, Al-Jazeera, Daily Maverick, The Star, German radio station Deutsche Welle, CNN, and Reuters Thompson Foundation, among others.

He is also a photographer and a member of the Investigative Reporters & Editors (IRE). 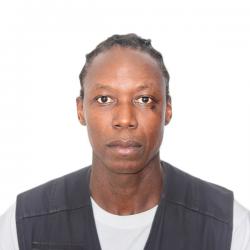