Florian Elabdi is a Danish investigative journalist at Danwatch where he writes news and feature stories while working on longer investigations into multinational companies often on topics related to human rights, environmental issues and financial crimes.

Before being an investigative journalist, Florian Elabdi worked as a freelance journalist for five years in Europe, MENA and Africa. He has reported for a wide range of Danish and international media such as The Washington Post, Al Jazeera English, The Guardian, The Daily Beast, The New Humanitarian and others. He has written about anything from the war against ISIS in Iraq to Hizbollah's influence in the Syrian civil war. From Russia's push into

His feature story "Surviving in the ruins of Moria" for Al Jazeera English was nominated for a One World Media Award 2021 in the category "refugee reporting" and his short doc "Ghosts of Moria" for The Guardian premiered at Clermont Ferrand International Short Film Festival earlier this year. 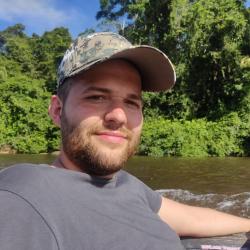 BEIRUT - In the last decade, Denmark has promoted itself as a green frontrunner. But the investigation shows how Denmark is not only exporting windmills and green know-how, it has also supported and built polluting power plants outside its own borders.