Gaea Schoeters (°1976) worked as a television journalist and reporter, but nowadays primarily writes fiction and scenarios. However, the journalistic urge never disappeared completely; the fascination for people and their motives stayed. This amazement about the strenght of people who live and survive in impossible places, resulted earlier in the book ‘Meisjes, Moslims & Motoren’, a travel story on a seven months trip through Iran, Central Asia and the Arabic Peninsula. 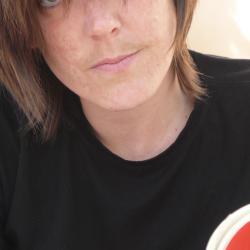 15 years after the war in Bosnia over 7000 refugees still live in ‘temporary’ refugee camps in the heart of Europe. The Bosnians themselves want to forget about them, the NGO’s have left the country, moved on to new conflict zones. But the people are still there. Just like their children, who were born in these camps. They are a new generation of war victims, struggling not only with the trauma of their parents, but also with a lack of education and severe poverty. Domestic violence, abuse, alcoholism and addiction are common practise in these settlements.