He is an award winning Ugandan journalist. The World Bank listed him in the world’s top 10 for human rights activists. He is specialised in investigative journalism. One of his articles led to a military officer being sentenced to prison for 14 years.

In this documentary, Gerald drives to Soroti District, one of the poorest districts of Uganda. He wants to know if the rumours about mercy killings are true and he discovers compelling stories of parents who gave up. 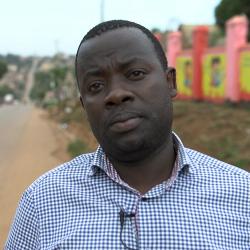 KAMPALA - Having a child with a disability poses severe challenges to parents, making their lives more difficult. For parents living in a very poor developing country it’s even more challenging.