In 1958 he moved to Brussels, with suddenly a father in the family.
Went to Atheneum Etterbeek until 1964, diploma VUB (Chemistry) in 1968.
Two years teacher in RDCongo instead of military service.

Mother Liesbeth was secretary to Richard Jungclaus, head of the SS in Belgium. Father Henri and 'uncles' Twan and Leo were SS men on the Eastern Front. 'Uncle' Marc was the leader of a camp of the Landesdienst in Poland. 'Uncle' Leo was leader of the Hitlerjugend in Flanders. 'Uncle' Twan ended his 'career' as the last Standartenfuehrer of the 'Germanic SS Flanders'. 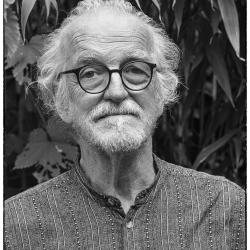 The sorrow of Flanders

Flanders and the Netherlands have a long tradition of silence about the disgraceful collaboration with the German occupiers during the Second World War. Twin brothers Hein and Toon Van den Brempt are determined to break that silence.