She’s a graduate from the Institute of Political Sciences in Paris (with an additional degree in the Hungarian language),

Helene is the author of several guidebooks published in France on Central & Eastern Europe and beyond. She has been working as a Central European-Budapest based correspondent for French and English speaking media since 2010. She collaborates with The New York Times from Budapest and she’s been reporting on Poland for La Tribune de Genève and other outlets. She co-released a transmedia documentary on Detroit’s Do It Yourself featuring 3 short movies: http://diy-manifesto.com. Link to Helene’s photography work: flickr.com/photos/helenebienvenu/. 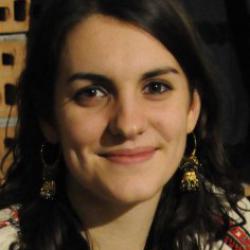 ROME - After a far-right supporter shot six African migrants in Italy, a headline on the Slovak news website Hlavne Spravy explained the tragedy as a retaliation for a murder of an Italian woman by a Nigerian man.