Ingrid Gercama is a freelance journalist, based in the Netherlands.

Ingrid is covering environmental, trade and health stories in Eastern Europe and Africa. She has contributed to and reported for media outlets in more than fifteen countries, including BBC News, The Guardian, Süddeutsche Zeitung, De Groene Amsterdammer, and NRC Handelsblad. Ingrid is an International Press Institute Fellow and has been awarded various reporting grants for her work.

In 2015 Ingrid won the Lorenzo Natali Media Prize and in 2021 she was shortlisted for the Fetisov Journalism Awards. 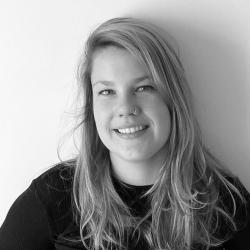 Is the EU’s craze for lithium fueling destructive mining operations in Serbia?

BELGRADE - In Serbia, there is a lot of lithium, money and political interest at stake. Under the farming lands of its Jadar valley, geologists from mining giant Rio Tinto found Europe's largest lithium deposits - an amount enough to produce at least one million electric car batteries a year.