I write about (and photograph) people, cultures and traditions that interest or amaze me. Or both. My stories and photographs mainly cover the countries of the Former Soviet Union with a particular focus on Kyrgyzstan, Uzbekistan, Tajikistan and Russia.

My interest in the region began when I accidentally started to learn Russian in 2006. To become fluent in Russian, I decided to move to Moscow for half a year in 2008, studying Russian and Economics as part of an Exchange Program. Soon after moving to Moscow, Central Asian labor migrants attracted my attention. Sweeping the streets, working as a cashier in the supermarket or cleaning cars in underground carwashes. Men and women from the former Soviet States of Uzbekistan, Tajikistan and Kyrgyzstan come to Russia in search of work to provide for their families at home. It made me wonder: Who are these men and women and which place do they call home? Following my interest, I graduated with a Masters in Politics, Security and Integration from University College London / School of Slavonic and East European Studies  in 2011.  I wrote my Master thesis about the role of religion among Central Asian labor migrants in Moscow.

For several weeks I will follow labor migrants from remote areas in Kyrgyzstan and Tajikistan in their hometown, on their journey to Russia and their first weeks in Russia. By following labor migrants and their families I intend to shed light on both the social and wider economic situation in the homecountry and the situation that Central Asian labor migrants face upon arrival in Russia. 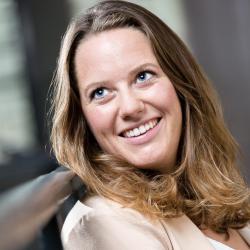 Chorqisloq, a village in a remote region in Tajikistan, is under strict observation of local police, security services and other agencies. 69 inhabitants have left for Syria in the past three years. Fear seems to reign among village residents and relatives of IS fighters are closely monitored by the security services. ''Nobody knows how they left, not even their own family members'' whispers a primary school teacher. Her colleague adds: "We can not talk about them".