Jale Richard is a South Sudanese human rights, data and investigative journalist based in Juba.

Jale works as the weekend editor at Eye Radio, an independent news organization in South Sudan.

He had worked as news editor at the Juba Monitor where he covered the South Sudan conflict and subsequent peace talks that ended the five-year conflict.
Jale has attended Financial investigative journalism training on money laundering and terrorist financing - in the greater Horn of Africa sponsored by the European Union.

In 2017, Jale was awarded by Journalist for Human Rights (JHR) for gender reporting as well as being a newsroom mentor for reporters.

Jale has completed sensitive environment training by the Thompson Reuters and Oakleaf Worldwide, Hydro Diplomacy on Water Resource by the Nile Basin Initiative and attended a seminar in China for Renowned Commentators and Media Columnist for African Journalists.
Jale holds a B.A in Journalism and Mass Communication of Ndejje University, Uganda. He is an IWMF fellow with the African Great Lakes in-Country Program in South Sudan. 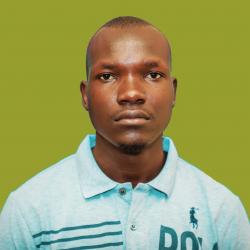 Despite being known primarily as an oil producer; South Sudan has substantial gold deposits with activities largely dominated by artisanal mining.