James Oatway is an award-winning independent photojournalist and former chief photographer of the Sunday Times. Most of his work revolves around themes of political and social inequality, migration and conflict. His photographs of the murder of Mozambican migrant Emmanuel Sithole by South African men during a wave of xenophobic violence in 2015 sparked outrage and made international headlines. 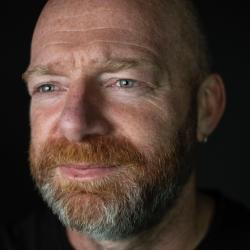 BANGUI - In March 2013, South Africa suffered its worst military defeat since the end of apartheid. After a battle that lasted almost two days, 200 crack troops who engaged 7 000 rebels in the Central African Republic were forced to negotiate a ceasefire at their base. Thirteen South African soldiers died in the battle, with two more later succumbing to their wounds. The mission was shrouded in mystery from the start. The deployment and the diplomatic machinations that led to it were kept secret from the South African public and Parliament.