Jan Walraven graduated as master in journalism (2010) and master in international politics (2012) at the University of Ghent. He has been writing for Apache since April 2015. Earlier in 2015 he reported on the Israeli elections as a freelancer and in 2014 he worked as a reporter in the Palestinian territories.

He wrote the book "The Theft of the Century", about privacy and the tentacles of technology. 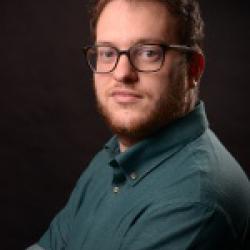 The battle between Antwerp and Rotterdam for trading positions in Brazil

BRAZIL - For the construction of the Brazilian port of Porto do Açu, hundreds of families were forcibly evicted from their land. Fishermen lost their livelihoods and the promised jobs in the port never came. The port also turned up in one of the biggest corruption scandals in Brazil. All this did not stop the port of Antwerp from investing 20 million dollars in this controversial project.

Transparency index of political parties in 2016

BELGIUM - For the first time in Belgium, political parties were evaluated for their transparency. The research is based on foreign experiences (in Spain and Chile) that are limited to observing the presence of information on the parties' sites. Civic platform WijBurgers, which is author of the Transparency Index of the political parties in 2016, has improved the methodology by using certain statistics available in Belgium (Political Database, Cumuleo).