Jannie Schipper is an independent Dutch journalist and journalism trainer who has lived and worked in the Middle East for fourteen years.

In her stories and investigations, Jannie focuses on human rights issues and the impact of global developments on people's personal lives. Her stories are published in Dutch and international newspapers, magazines and radio.

After graduating in Arabic, French and Journalism, Jannie worked, among other things, as a correspondent for the Dutch national news agency in Morocco and as a diplomat in Kuwait. As a staff member of Radio Netherlands Worldwide's Arabic desk 'Hunasotak', she led several projects, such as a live talkshow on Google Hangouts for Saudi youth. Jannie was also part of the working group on Internet security and represented the media outlet regularly at international conferences. She is currently working on a number of investigative projects in Iraq, Lebanon, and other countries in the region. 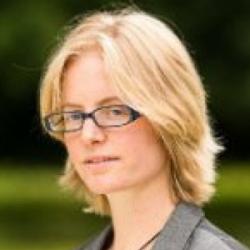