Jean-Paul Pinon is the founder and managing director of "WeCitizens", a civic platform that strives for transparency in politics.

Jean-Paul Pinon (° 1958) graduated as a civil engineer. His thesis on district heating based on nuclear energy won two scientific prizes. He is fluent in French, Dutch, Spanish and English.

He worked as a civil engineer for a while and led a consultancy firm specializing in energy for six years. When the Belgian "Commission for Electricity and Gas Regulation" (CREG) was established in January 2000, the government appointed him as a member of the Executive Committee responsible for the operation of the gas market. From 2001 to 2005, Mr. Pinon was chairmain of the Gas Working Group of CEER (Council of European Energy Regulators). He is co-author of three books on the energy market: "Lexicon energy market in the Netherlands and Belgium", "Code de l'Energie" and "Répertoire Pratique du Droit Belge - Verbo Electricité et Gaz".

In 2012 he founded the citizen platform "WeCitizens", which strives for transparency in politics. 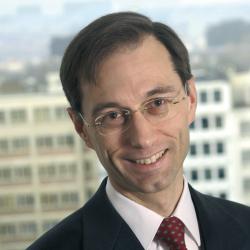 Transparency index of political parties in 2016

BELGIUM - For the first time in Belgium, political parties were evaluated for their transparency. The research is based on foreign experiences (in Spain and Chile) that are limited to observing the presence of information on the parties' sites. Civic platform WijBurgers, which is author of the Transparency Index of the political parties in 2016, has improved the methodology by using certain statistics available in Belgium (Political Database, Cumuleo).