Jörg Zipprick, born in 1965 in Cologne, Germany, has worked as a journalist and author since 1991.

Since 2005 he inquired on the ties between the food industry as well as the chemical industry and certain renowned chefs. The first results of his investigations, an article on the use and abuse of industrial additives in restaurants, were published in June 2008 in the German magazine "Stern".
The French daily "Le Monde" called Zipprick "a strong advocate of natural cuisine, based on the quality of products. "
Jörg Zipprick is co-founder of the international restaurant review aggregator "LaListe.com" with French Ambassador Philippe Faure and an international team of experts.

He lives in the Paris area with his wife and their dogs. 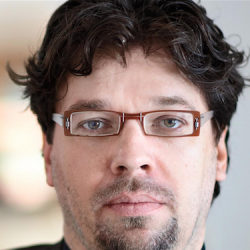 What are all those E numbers doing in the kitchens of our restaurants? An investigation into molecular gastronomy and the food additives industry in our modernist cuisine.