He studied Ancient History and International Politics (KU Leuven and Universität Köln). After fourteen years as a foreign editor with a focus on Germany, Eastern Europe and the former Soviet Union, he moved in 2010 as correspondent for the Middle East to Damascus and in 2011 to Beirut. He is co-author of "New Radical Right in Europe" (Houtekiet, 2002) and writer of several books about the Middle East. 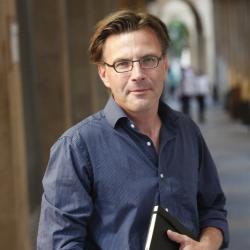 MIDDLE EAST -The 'Arab Spring' of 2011 had enormous consequences: dictators fell, wars followed, the refugee crisis came and there was the global impact of ISIS. A continuation of "2011" appears to have been started in 2019. New revolts are raging in Sudan, Algeria, Iraq and Lebanon, while the previous struggle continues elsewhere.