Jovo Martinovic is a veteran freelance investigative journalist based in Montenegro, known for his extensive reporting on organized crime in Europe and war criminals in the Balkans.

Since October 2015 Jovo Martinovic has been in prison in Montenegro and has been charged with involvement in a drug trafficking ring. Rights groups such as the Committee to Protect Journalists, Reporters Without Borders and Human Rights Watch have criticized Montenegro’s government for failing to provide evidence justifying the charges or pre-trial detention for over one year.

In 2014, he worked with VICE on a documentary series about the infamous Pink Panthers, a Balkan-based international network of jewelry thieves. At the time of his arrest, he was conducting research for French production company CAPA Presse for a documentary (La route de la Kalashnikov) about weapons smuggling from the Balkans to Western Europe (it subsequently aired on the French TV channel Canal Plus).

Martinović was previously arrested in 2004 and charged with “denigration of the good name of the Republic of Montenegro”.  The charges were later quietly dropped because of international pressure.

He was awarded several times for his journalistic endeavours. In 2001 Jovo was a member of the American RadioWorks team which received Gold Baton du-Pont Columbia University Awards, the highest honour for radio journalism in the US, for the Massacre in Cuska project about Serbian atrocities during the war in Kosovo. In 2018 he was the recipient of Peter Mackler Award in the US “for courageous and ethical journalism in 2018”. Furthermore, the Austrian branch of the Reporters Without Borders awarded him Press Freedom Award 2018 “for his excellent work as a critical and investigative journalist”. 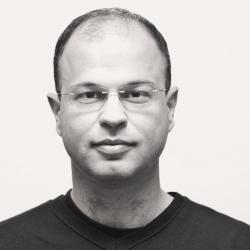