Kolawole Talabi is an independent journalist who covers stories on the environment, science, culture and development from his native country, Nigeria.

Kolawole Talabi has been a science writer for six years during which time he has published articles on wildlife conservation, infectious disease, ocean sustainability, cultural heritage, urban biodiversity and species discovery among other topics. During the 2017/18 academic year, he conducted research as a Knight Science Journalism fellow at the Massachusetts Institute of Technology, developing board games for engaging the public on the sustainability of sharks. As part of the fellowship, he participated in the Kavli Symposium on Science Journalism in Austin, Texas and moderated a panel of students and scholars at the University of Massachusetts Boston Sustainability Challenge Symposium. This achievement served as the basis of the invitation he received to participate in the DAAD Press Tour on oceans and seas for which he visited several German institutions working at the forefront of marine sustainability.

It also led to another media engagement in April of 2018. He was selected by the Berlin-based Clean Energy Wire to tour the Rhineland-Palatinate region, documenting public and private sector establishments working on energy transition in Germany. His erstwhile reportage on the environment has not gone unnoticed; it has earned him honours including the 2016 Next Generation of Science Journalists award, given by the World Health Summit and the 2018 Hostwriter Story Prize, given by the Otto Sprenger Foundation. He is currently a life fellow of the Nigerian Conservation Foundation that is headquartered in Lagos, Nigeria. Talabi is currently writing a thesis, having completed the course requirements of the MBA program in Food and Wine at the University of Bologna Business School in Italy. 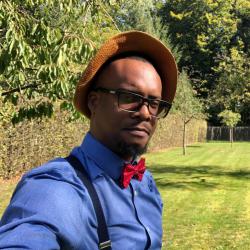 In the imbalance of power in Europe’s fishing deals with West African countries, locals get the short end of the stick.

LAGOS - Lured by the prospects of a better life, thousands of African youths are braving the risks of crossing the Sahara and the Mediterranean for a chance to live in Europe. Victor, a 28-year old Nigerian graduate is one of several thousands of young Nigerians who have made the dangerous journey across the desert and the high seas in the last 5 years or so.