Kris Hendrickx is a Brussels-based senior writer at BRUZZ.

Kris studied Romance languages and literatures in Ghent (Belgium) and in the 1990s, taught French and English in Berlin (Germany). In 2001, he made the switch to journalism and became editor-in-chief of the journalism-education project On Line Reporters. From 2002, he worked for the Belgian daily De Morgen where he, among other things, focused on urban issues and Brussels. In 2009 Kris started as news manager and later editor-in-chief at brusselnieuws.be, the predecessor of the news site BRUZZ.BE. In recent years, as senior writer at BRUZZ, he has again focused on writing. One of the leitmotifs in his articles is attention for the direction our cities are taking, with a focus on mobility and urban development. 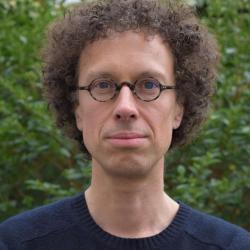