Luuk Koenen works freelance as cameraman and photographer based in Breda (The Netherlands).

Since 2017 Luuk has regularly worked for AT5. He graduated from the Grafisch Lyceum in Rotterdam where he, in the last year, did an internship for the local news broadcaster AT5 in Amsterdam.
With his diploma, he started freelancing at AT5. Over the last few years, he had filmed a number of productions for the station such as De Zwoele Stad, a talkshow in various locations around the city, live programmes and events as well as short documentaries on various themes around Amsterdam. 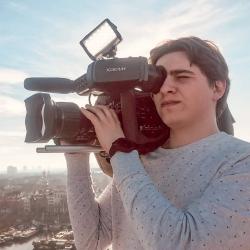