Margherita Bettoni is an investigative journalist specialising in organised crime, human right abuses and gender-based violence. She has been investigating Italian Mafia-organisations in Germany since 2014 and she has been working on cross-border investigations as a part of international teams.

She co-authored the book "Die Mafia in Deutschland. Kronzeugin Maria G. packt aus" about Italian Mafias in Germany. In 2017 she helped developing the German-Turkish journalistic project "ÖZGÜRÜZ". Her investigations have featured in Spiegel and Stern magazine, on correctiv.org and theblacksea.eu. 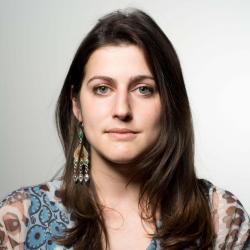 NIGERIA, GERMANY - In the 1970s Nigerian students founded a fraternity to fight against oppression and racism. Today, their name appears worldwide in connection with criminal activities. What happened?