Nicholas Ibekwe is the Deputy Head of Investigations at Nigeria's foremost online newspaper, Premium Times, and a multi-award-winning journalist.

He has worked as a stringer for the British Broadcasting Corporation (BBC), Voice of America (VOA) and the Public Broadcasting Service (PBS) of the United States and other international publications. He is a Chevening alumnus in the United Kingdom and a 2016 fellow of the World Press Institute.

Nicholas Ibekwe is a graduate of English Language from the Lagos State University. He has a Master's in International Journalism from City University, London, United Kingdom.

Nicholas has won several awards for his work including the Wole Soyinka Prize for Investigative Journalism, two-time finalist and FAIR (Forum for African Investigative Reporters) Award. 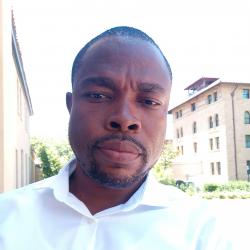 Hezbollah in Africa: Forgotten link in cocaine trafficking to Antwerp and Rotterdam

YAMOUSSOUKRO - The money that European nightlife spends for its favorite drug finances Hezbollah's wars on the side of Iran. An insider from the Lebanese community in Ivory Coast, one of the new cocaine hubs in West Africa, speaks and paints a chilling picture that spans half the globe, from the slums of Abidjan to Beirut, via the ports of Rotterdam and Antwerp.

ABIDJAN - In this story, investigative journalists Daan Bauwens and Nicholas Ibekwe focus on Highway 10, the transatlantic route that for centuries brought millions of captured African slaves to South-America via the tenth parallel.