Nicolas Vescovacci has been an investigative journalist for 15 years.

As a film director, he has worked for France Télévisions, the main French TV public broadcaster. In 2018, his book on the billionaire media mogul Vincent Bolloré, Vincent Tout Puissant, revealed in extreme detail the ruthless methods the tycoon has used to pursue his business goals, to influence African and French political leaders, and to limit the editorial independence of media he controls. 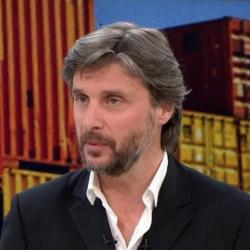 LOME - Investigative journalists Andrew Weir and Nicolas Vescovacci reveal the networks of influence and finance that built up the logistics empire of Vincent Bolloré and made him the target of official investigations into alleged corruption in Africa.