In 2013 he followed a film course in Kinshasa organized by the Begian institute INSAS. He is now following a course at Académie des Beaux-Arts. In the meantime, Nizar has worked on various documentaries and, together with his colleague filmmaker Paul Shemisi, he founded the production house Kimpavita Films. Nizar's expressed interest in various artistic practices in Kinshasa is reflected in his work as a documentary maker. 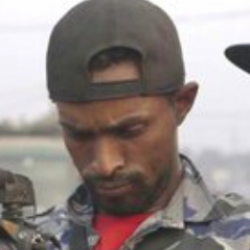 DEMOCRATIC REPUBLIC OF CONGO - On the eve of postponed Congolese elections, two Congolese and two Belgian film-makers are working on a film about Kinshasa and its resistance to the legacies of colonialism. The four filmmakers want to tell a story together.