Pramod Acharya is a freelance journalist based in Kathmandu, Nepal. He has experience in investigative reporting, data journalism, and multimedia content production.

Former Data Reporter at the Midwest Center for Investigative Reporting in the United States, he has produced data-driven news stories on labor law violations, pesticide use, food insecurity, and other agri-business related issues.

He previously worked as the Assistant Editor at the Center for Investigative Journalism Nepal (CIJN), where he extensively reported on international human trafficking, forced labor, public health, and local governance.

He was a fellow at Global Investigative Journalism Network (GIJN), Investigative Reporters and Editors (IRE), and Dart Center at Columbia University.

He started his journalism career as a cub reporter in a community radio station in Nepal in 2009.

Pramod holds an MS in Journalism from the University of Illinois—where he also served as a Research Assistant— and an MA in English from Tribhuvan University, Nepal. 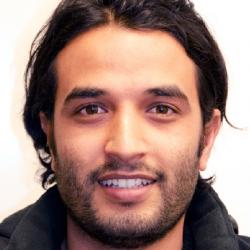 DHAKA - Faced with poverty and lack of opportunities, young Bangladeshis often dream of a better life in Europe that will allow them to provide for their families. Dalaals or ‘travel agents’ encourage and capitalise upon these hopes. Among those that take the risky journey to Italy known as 'the game' are hundreds of unaccompanied minors. The reality that greets them is often one of misery, exploitation, and slavery.