Roman Anin started his career in 2006 when he became a reporter of the Moscow paper Novaya Gazeta. Until 2008 Roman worked in the sport section, specialising on sport investigations (fixed matches, corruption etc.). In August 2008 he was sent to cover the war in South Ossetia, and once back from the war he was offered to move to the investigative section of the paper.

Specialising in government and military corruption, Anin has produced a series of reports into the assassination of business leaders by a criminal organisation, led by the son of General Vladimir Shamanov, head of Russia’s Airborne Forces.  He has also written about corruption among politicians and businessmen involved in construction contracts for the Sochi Olympic Games.

His work also led to investigative reports in the Financial Times, the BBC and Sveriges Television (SVT), Sweden’s public broadcaster. SVT collaborated with Anin on a story that revealed corruption in a deal between Swedish telecom TeliaSonera and the daughter of Uzbek President Islam Karimov. The report led to the resignation of the telecom’s CEO.

In 2013, Anin won the Knight International Journalism Award. The year before, he won the Artem Borovik award, the Youlian Semenov award and the Andrey Sakharov award.

Today he is a special reporter of investigative section, specialised on economical and financial investigations. Moreover, Roman takes also part in cross-border investigations with the International Consortium of Investigative Journalism (ICIJ) and the Organised Crime and Corruption Reporting Project(OCCRP), two associations of investigative journalism of which he is a member.

Roman Anin majored in journalism at Moscow State University (MSU) and graduated in 2010. After graduating, he studied at the Institute of Oriental Studies of the Russian Academy of Science as a Ph.D. candidate in global economics. 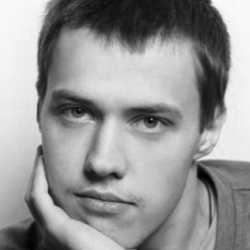