Ron Nixon is global investigations editor at the Associated Press where he oversees the news agency’s investigative unit. Nixon received the inaugural 2021 News Leader of the Year award from the News Leaders Association.

Nixon joined the AP in 2019 from The New York Times Washington bureau, where he was homeland security correspondent, covering border and aviation security, immigration, cybercrime and cyber security, transnational crime, and violent extremism.

Nixon is also co-founder of the Ida b Wells Society for Investigative Reporting, a news trade organization with a mission of increasing the ranks, retention, and profile of reporters and editors of color in the field of investigative reporting.

In 2015, Ron co-founded TruthBeTold.news, a non-profit, non-partisan fact-checking website and digital network, run and edited from Howard University’s Department of Media, Journalism, and Film in the School of Communication.

Ron is currently the visiting associate for Journalism and Media Studies at The University of the Witwatersrand in Johannesburg, South Africa.

Nixon is a Marine Corps infantry veteran who saw combat in the 1990 Persian Gulf War. He was part of the U.S. Marine Corps Security Forces Battalion at Norfolk, the security and counterterrorism unit of the Corps. 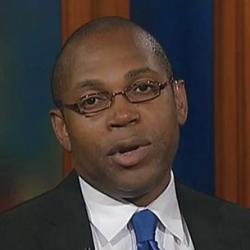