Ruben Desiere is a Belgian director.

He obtained a Master's degree in Cinema in 2014 at KASK (Ghent, Belgium) with his film Kosmos. In 2013 he co-founded Sabzian, an online collection of reflections on cinema and a diary listing cinematic events in Belgium and the surrounding area.
In 2014, he founded the production company Accattone films, together with Rasmus Van Heddeghem. 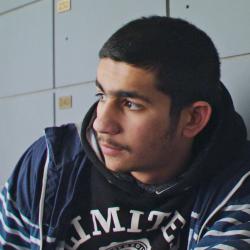 In the back room of a flower shop Tomi, Rasto and Mižu dig a tunnel to reach the safe of the National Bank. When the rain continues, the system of corridors is flooded and they are forced to stop their work.
Read more