Sanne Terlingen is a Dutch investigative journalist currently working for Argos (VPRO, radio) magazine.
Argos is the main investigative reporting radio program on Dutch public radio. It has a long history of exposing abuse of power and holding authorities to account for lack of accountability and transparency.
Sanne Terlingen mostly works on cross-border investigations on topics such as people smuggling, (sex) trafficking and child sexual abuse. She travelled with Eritrean refugees to the Netherlands, revealed how Eritrean translators who are working for the Dutch government are affiliated to the Eritrean military regime, investigated a people smuggler in Italy with links to organ traffickers in Egypt and revealed how American contractors and French soldiers in Djibouti paid for sex with undocumented refugee girls. 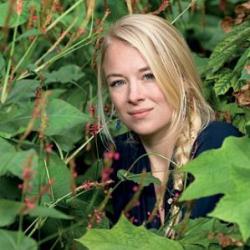