Sofie Hanegreefs (1974) is a Belgian filmmaker and artist.

With her work, Sofie wants to create connections and invite people to reflect. She believes that stories have the power to inspire and question the world and our way of life. 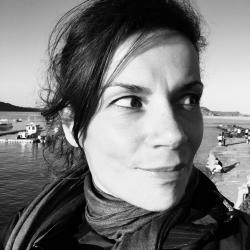 When the mask falls off

Although narcissism is a popular theme in today's media, there is also much confusion about it. This series explores what narcissism is and how destructive the consequences can be for people in close contact with a narcissist. The witnesses are former partners or relatives of.