Sofie Meelberghs is a documentary filmmaker and researcher at Lionheart Productions.

She graduated from the Brussels film school RITCS (option documentary) in 2015 with the short film 'Milk and Honey', the personal story of a pregnant African migrant to her unborn child. Before that, she obtained a Master's degree in Theatre and Film Sciences (UA) and gained experience as a researcher and production assistant for Lionheart Productions, Las Belgas and Cassette for Timescapes. In 2010 she won the prize for best documentary at Leuven Draait with the short experimental documentary 'La Voisine'. 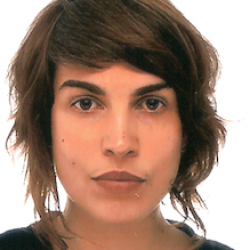 JUAREZ - "How much you own, that's how much you're worth. That's how it works here. For us poor people, there's no justice." Susana's daughter Lupita went into town 6 years ago to buy shoes. She never came back. There are thousands of Lupitas in Juárez, Mexico. Lynn Cornelis and Sofie Meelberghs want to know who's behind the wave of kidnappings and murders.