Suadad al-Salhy is a journalist with more than seventeen years of experience working across breaking news, investigations, features, and documentaries for some of the world's biggest news organisations.

Her career has included essential on-the-ground reporting on some of the Middle East's most important stories of the past two decades as well as working on investigations that brought to light horrific human rights violations.

She has reported from the frontlines of some of Iraq's most dangerous conflicts, including covering the two battles of Fallujah in 2004 and street fighting between US troops and the Mehdi Army in Najaf the same year.

She was part of a Reuters team that was shortlisted as a finalist for a Pulitzer prize 2014 for its work uncovering unlawful executions and arbitrary detentions committed by Iraqi forces during the liberation of cities from Islamic State.

Al-Salhy played a vital role in covering the rise of Islamic State in the Middle East as she worked as the head of the New York Times' Baghdad newsroom.

As the extremists swept across Iraq, she provided in-depth coverage of the atrocities they committed against soldiers, religious minorities and civilians.

Away from the frontlines, she has consistently produced in-depth coverage of developments in Iraqi politics publications including The New York Times, The Economist, The Times, The Telegraph, Newsweek, Al-Jazeera and Middle East Eye.

In addition to her work as a reporter, Al-Salhy is the co-founder and executive director of Mesopotamia Agency, a private business set-up to produce documentary films.

Since it was founded in 2014, the company has participated in the production of an array of cutting edge documentaries and partnered with some of the world's biggest media companies.

Productions have included "Home after War", a virtual reality feature film that tells the story of an Iraqi father returns to Fallujah to face the threat of improvised explosive devices.

Mesopotamia Agency also participated in the production of "Athletes under fire", a documentary series commissioned by the Olympic Channel that told the stories of six athletes as they prepared for the Olympics inside active war zones. 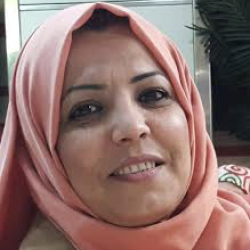 BAGHDAD - This series of articles investigates the production and dissemination of fake news to sow instability in Iraq and the Middle East. It reveals how Iraqi (terrorist) groups are paying Facebook millions to churn out fake news, and gives an inside look in Hezbollah's fake news training camps.