He is one of the founders, CEO and Editor of the Crime and corruption reporting network – LUPA (LOUPE), a non-profit association based on promotion and development of investigative journalism in Montenegro. The Association was founded by a group of independent and professional journalists.

Currently Vladimir works as a journalist for the DAN daily newspaper. Before that he worked for the "Viesti" daily newspaper and for the Centre of Investigative Journalism of Montenegro (CIN-CG). 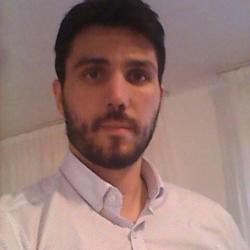