Zefania Zulu is an investigative journalist and news writer based in Lusaka, Zambia, with over a decade of experience in the media industry.

He specializes in long-form reporting (local communities and cross-border) with a focus on politics, environment, land, corruption, human rights and indigenous communities. He has been awarded for the best broadcast Water and Sanitation Media with NWASCO, a Recognition Award for Nutrition in Community Reporting, among others.

Zefania's work has been supported by Money Trail grants from Journalismfund.eu for teams of African, Asian and European journalists to investigate illicit financial flows, tax abuse and corruption in Africa. 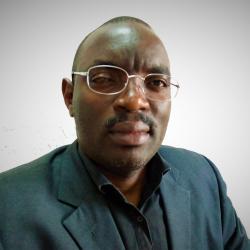 LUSAKA - Zambia is blessed with abundant natural resources, coupled with its strategic geographical location as a land locked nation in the southern part of Africa. From the inception, Zambia has largely depended on copper and other minerals. Copper production has contributed highly to Zambia's economic growth, though not up to the expectation of many citizens.