AUSTIN - Louise Van Assche is a documentary filmmaker who lives and works in Austin, Texas. She was born and raised in Belgium and has Congolese roots. A year ago she moved to Austin, the capital of Texas. There she ended up in the middle of the Black Lives Matter protests. It touched her personally and she decided to take to the streets to make a report.

Hiram is a livestreamer. From the beginning of the protests he films what is happening on the streets. This is how he wants to denounce injustice. "I use my camera as a way to protect demonstrators. Thanks to social media it has become easier to bring out police violence, just look at George Floyd". A demonstrator has already been shot in front of Hiram's lens, which has touched him deeply.

Louise also meets families of victims. And she goes out with different movements. Mama Bear and her family have their own T-shirts and they make up like real warriors. They fight peacefully. But Louise notices that the atmosphere is getting grimmer. "People are reaching for weapons. Once in a while, a car drives into the crowd. The police are becoming more and more repressive and it is only becoming more difficult to enter into dialogue".

"The protests went through the world like wildfire and also reached Belgium," says Louise. "This report will not only give us an insight into American life, but at the same time make us reflect on the increasing polarisation that is also taking place in Europe.

Louise Van Assche is a documentary filmmaker who lives and works in Austin, Texas. 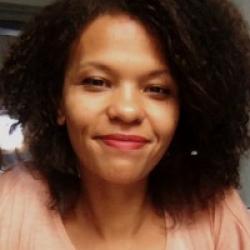 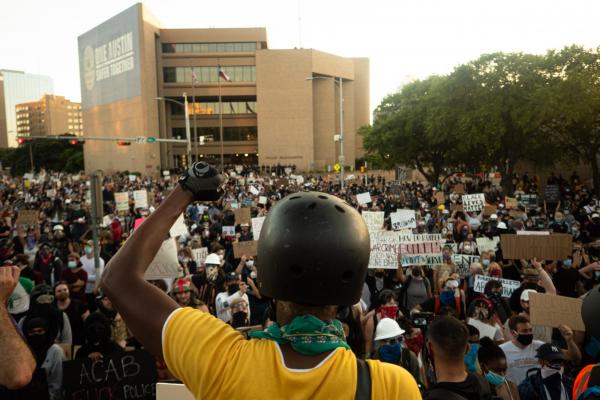