The Emperor of Ostend

Rumours about the people in power in Ostend (Belgium) are growing louder: exceeding authority, conflicts of interest, the strange roll basketball plays in the political and socio-economic fabric. Investigative journalists Wim Van den Eynde and Luc Pauwels decided to have a closer look at Johan Vande Lanotte, Deputy Prime Minister - and one of the most influential politicians - of Belgium.

They attended some council meetings, talked with local politicians, businessmen, sportsmen and members of the social and cultural middle class. They read council meeting reports, press articles and annual reports of departments of public works.

The Emperor of Ostend is the account of their research. Rumours were fleshed out, adjusted, corrected, but also accentuated. One image that always returned was that of Johan Vande Lanotte as a brilliant strategist with an extreme hunger for power who has been active in the highest regions of the national government, but who at the same time wants to govern and control a whole city and region. A man who never fails to use his talent, work ethic and intellectual superiority to claim and take up his place at the top of the pyramid of power. Aren't there certain dangers to a lengthy concentration of power in the same person? Can Vande Lanotte still be sufficiently impartial in order to pass objective judgement in certain cases as an MP?

At the time of its publication, the book sparked a media storm. The journalists, coincidentally both working for the public service broadcaster VRT, were accused of a political agenda and of not having worked in accordance with the ethical code of their employer, even though all research and writing had been done in their own free time. The case resulted in a new policy at VRT that forbids employees to take up investigative journalism projects outside their job, so as to "prevent investigative projects that are done without the proper support and follow-up of VRT to reflect badly on the company". That decision, in turn, was cause of yet another media debate.

The book 'De keizer van Oostende' ('The Emperor of Ostend') is only available in Dutch. 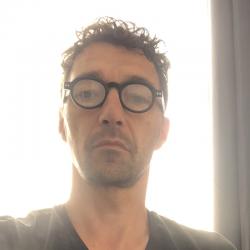 Luc Pauwels is a journalist at Flemish public broadcaster VRT. 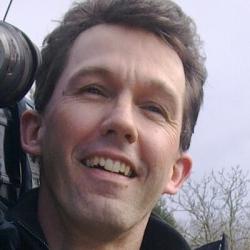