More and more Hungarians are moving to other EU countries, with the United Kingdom leading the way. Last year, emigration rose by 46 percent. It is very difficult to make ends meet in Hungary, say those who leave, but corruption, the new laws restricting freedoms and the xenophobic political climate also play a role.

On every street corner in London nowadays you hear Hungarian, say Hungarian immigrants. In Hungary, everyone has at least one family member or friend who has gone abroad in search of a better life. The phenomenon regularly makes the headlines with figures that overshadow the previous ones and leaves no one unmoved.

According to the most recent figures, some 800,000 Hungarians work abroad (out of a total population of almost ten million), in the first place in the United Kingdom, followed by Austria and Germany.

Since joining the European Union a good ten years ago, Hungary has been unable to fulfil its European promise of prosperity. Wages remain extremely low and there is a lot of poverty. This encourages xenophobia, which is also fuelled by the right-wing populist government of Prime Minister Viktor Orbán.

The political situation also worries many people. Media manipulation, corruption and a culture of self-service by the elite are on everyone's lips and the increasing concentration of power of the Orbán government is also worrying. "It's not Russia yet, but it's starting to look like it. I think it's only two years away," says investigative journalist Katalin Erdélyi. 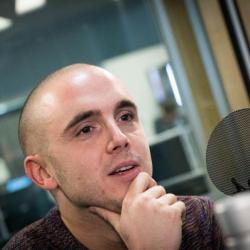