Slaves of the Sahara

MAURITANIA - Officially, slavery does no longer exists in Mauritania, a barren desert country in West Africa. But according to Anti-Slavery International, at least 4% of the Mauritanians are still the property of a master. They are born as slaves and have never been free. Not even in their minds.

You can be born a slave. Or with a little luck as a master. In West African Mauritania, it depends on which family you come into the world. A centuries-old caste system determines your social position for the rest of your life. Through inheritance, slaves from generation to generation remain in the possession of masters who exploit them, sell them or give them away as gifts.

Officially, slavery has been abolished worldwide, including in Mauritania. Yet it was not until 2007 that slavery became a criminal offence. Since then, a slave owner risks a prison sentence of 5 to 10 years. However, prosecution hardly ever takes place.

Journalist Maria Groot finds out why slavery persists in this forgotten desert country.

Maria Groot (1983) is an independent journalist, based in Palermo (Italy). 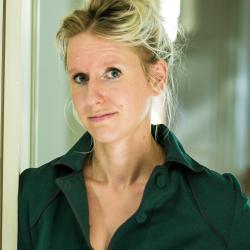