TURÓW - For years Poland has been ignoring complaints of border residents on the Czech-German-Polish tri-border, where groundwater is declining as a result of a combination of the climate crisis and mining activity. The Czech Republic has a great chance of succeeding in a lawsuit before the European Court of Justice. But it hesitates to pursue it. Why?

For decades the Polish Turów mine has been causing harm on the Czech and German border sides. Locals are suffering from water shortages and soil subsidences. Strong opposition from Czech citizens creates a space for political action, but the Czech government is not eager to take quick steps against the Polish government. The main reason is that both countries are partners in their efforts slow EU's climate policy.

The Czech Government started to act against Poland at the end of 2020, half a year after Poland decided to give an illegal concession to operate the Turów coal mine for six more years. Negotiations between both governments failed as Poland showed a lack of interest to find a solution for people living on the Czech and German border sides.

In regular media coverage the Czech government mostly has a positive role in the whole case. But this investigation shows that their involvement can be seen as very problematic. The Czech Republic (especially its Ministry of Environment) has been slowing down the initiatives from residents and ecological organisations to stop mining extension.

From the Polish side, the company PGE and Polish national authorities, which are interconnected and support each other, are playing a fake game not only with the Czech Republic but also with the miners. This investigation proved that the government and the mining company admit in internal documents that the planned extension of the mining concession and further workiing of the mine until 2044 is completely unrealistic. But publicly they claim the opposite so that it creates tension between the mining company and its workers.

The investigation also followed the EU and its key involvement in the whole story. Through EU institutions (mainly the European Commission) the Czech Republic can confront PGE's plans to extend the mine. On the other hand, the processes that can be used in the Turów case are really slow, and it is almost impossible for European citizens or local governments to enforce the European law to prevent an environmental catastrophe. Moreover, the EU institutions are not able to monitor and enforce the implementation of their Directives into national laws. The result is that Poland can operate the Turów coal mine illegally.

This whole case shows that despite the climate crisis public institutions are not able to enforce the law, which would protect civilians against the arbitrariness of energy companies, especially if they are supported by political elites.

Radek Kubala is a climate reporter in Deník Referendum. 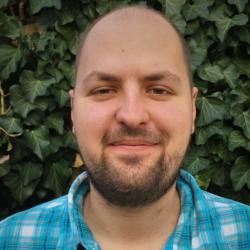 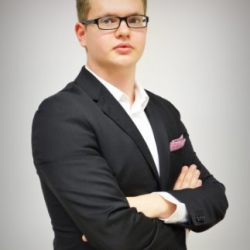